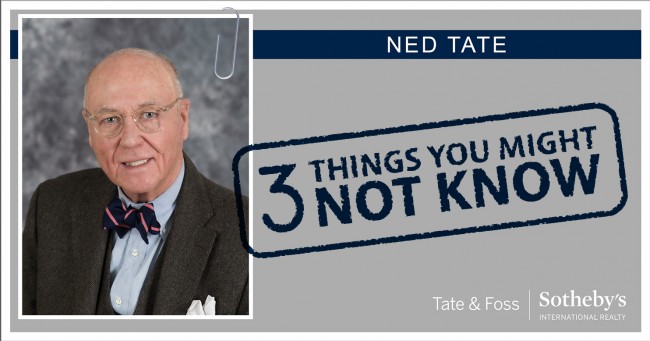 This year marks the 40th Anniversary of our agency! As we celebrate its evolution, from E.H. Tate and Company (1976) and Tate and Foss (1981) to Tate & Foss Sothebys International Realty (2010), we salute Founder Ned Tate. Many in the greater Seacoast area know the name and perhaps the man himself but, here are three things you might not know about Ned Tate:

The next time youre driving by our office in Rye Center and see the familiar 612 parked out front, stop by and say hello!

At Tate & Foss Sothebys International Realty, we are proud to have such exceptionally experienced local market experts amongst our team. Wed like to put our knowledge to work for you. For more information on prime real estate in Rye andthroughout the greater NH Seacoast area, please reach out to one of our real estate professionals.